Billboard advertising has been steadily evolving over the past 5 – 10 years and we have seen some great examples of companies thinking outside the box to establish some great creative ideas that instantly grab your attention. From 6 sheets to 48 sheets and from enormous 96 sheets to enormous building wraps, billboards can be a great way of making the general public stop and take notice of your brand.

Remember with a billboard that less is more and it is important that any text is clear and easy to read. There will be a lot of “moving” eyes that will see your billboard from passing vehicles so ensuring your billboard poster will stand out from the one next to it or the one down the street or across the road can be a challenge.

It can often help to take inspiration from what others have done. We have compiled a list of our 10 favourite billboards that really grab your attention. Have a look at our list and let those creative juices flow.

This billboard from Heineken was located in Amsterdam and creates a 3D illusion of a hand grabbing a bottle of Heineken. We think it looks pretty awesome. It is worth noting how simple but effective the creative is – a bottle of Heineken, green background and the word Biertje (Beer). 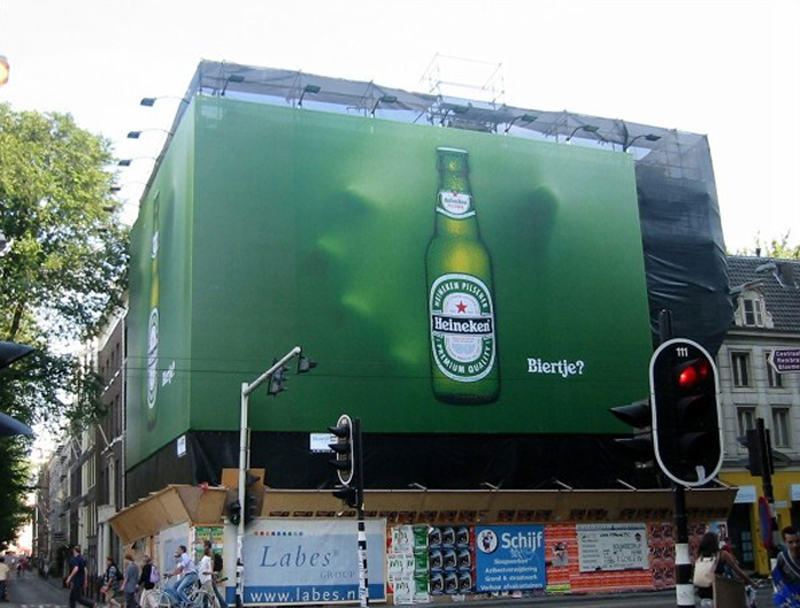 Nike have been the masters of creating many stand out billboards over the years but in the build up to the 2006 World Cup in Germany, this billboard of Wayne Rooney proved to be really effective. It may not have helped England on the field but it was talked about in all the papers and on TV at the time with Rooney overtaking Beckham as the golden boy of English football. This poster is all about the image with the Nike “Just Do It” slogan added at the bottom. 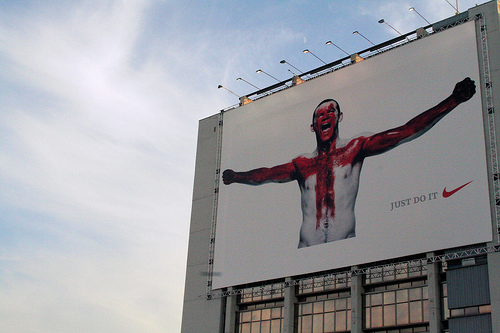 How do you promote the effects of strong sticky tape on a large billboard? While most brands may have opted against using billboard as a method to promote their sticky tape, Penline used their tape to sell the benefits. Using a simple creative with the tape being the star of the show, this billboard in Malaysia proved to be a huge success. 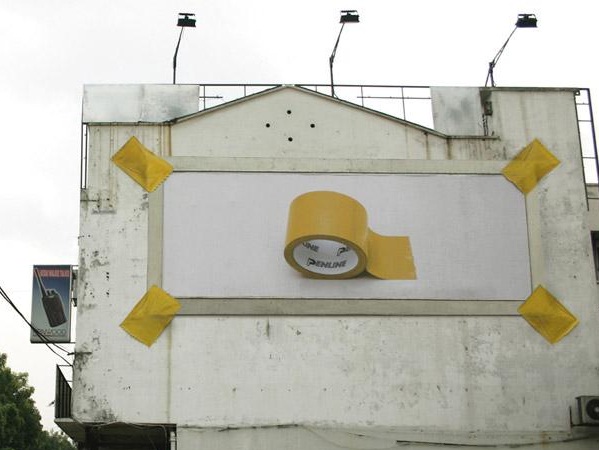 Perhaps one of the best around at promoting their brand, Guinness are masters at making the black stuff look irresistible. Many companies can often find it challenging to find new ways of promoting the same product over and over again. Not Guinness, who manage to make their predominantly black creative stand out at night with this billboard from Toronto. The pint looks tasty as well. 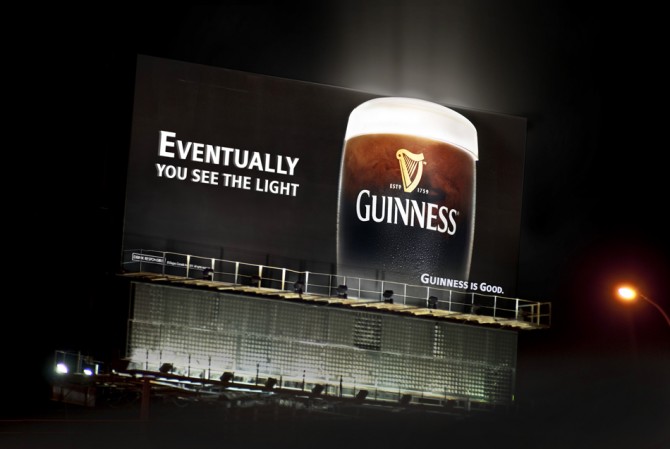 5. The Day After Tomorrow:

Film companies can pay millions to try and get you to go to the cinema and watch their movie instead of something else. Just think of how difficult this challenge is for a Hollywood blockbuster trying to create some awareness in the Bollywood dominated country that is India. Well this creative billboard from Indian ad agency Contract certainly helped people sit up and take notice. If you look closely, you’ll even see the Empire State Building in the water in the background. 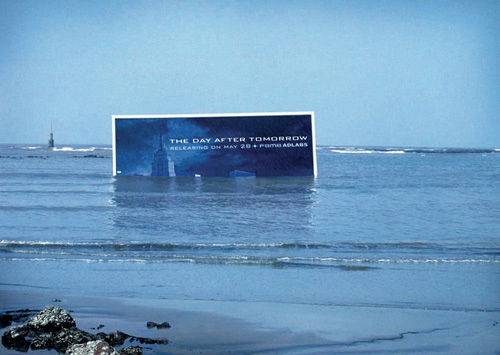 Another one from Toronto, Canada that shows that you don’t always have to go big to stand out. To promote their range of cars, Smart (creators of the compact city car), took the novel approach of putting a number of small billboards around the city to promote the value of their small car. The signs may be small but we think they pack a punch. 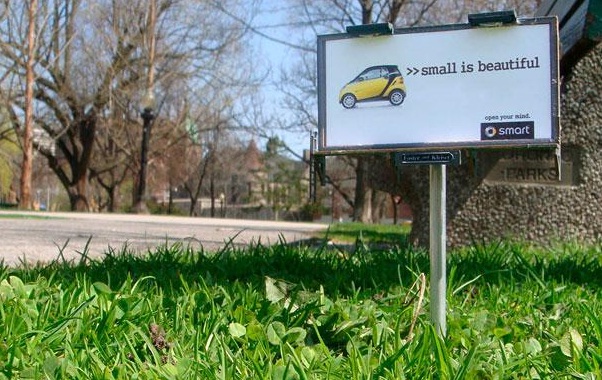 When Manchester City signed striker Carlos Tevez from their arch rivals Manchester United they used a now famous billboard to welcome Carlos to the club, and also in turn welcome visitors to the city of Manchester using the famous sky blue and white colours that are synonymous with the club. 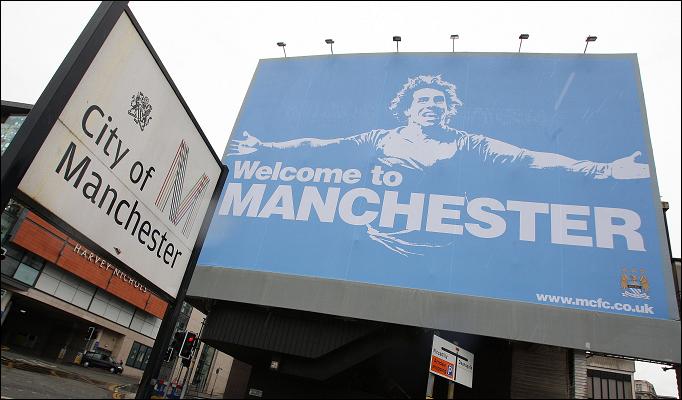 McDonalds have become masters of the billboard and in recent years have come up with some really creative posters such as their sun dial poster to promote their brand. One of our favourites is this simple but effective double billboard from Denmark which uses two 48 sheet billboards side by side to highlight how far it is to the nearest restaurant. They may only be 3 metres apart but this ingenious creative is a great way to reinforce the message – visit McDonalds. Other fast food outlets are available of course 🙂 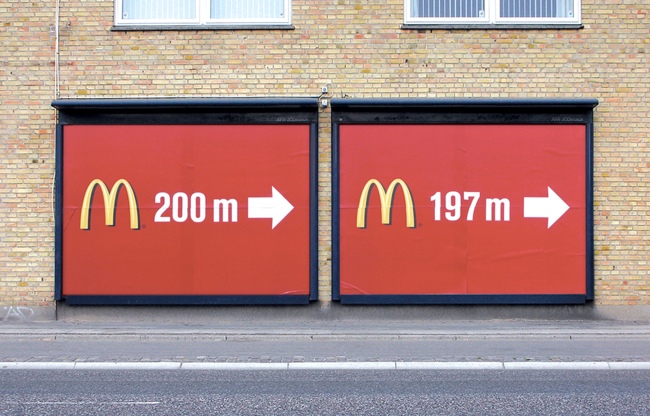 (Image Source: Ads of the World)

Another brand who have a habit of creating vibrant and colourful posters are Coca-Cola. Arguably the most recognisable brand in the world, Coca-Cola have some great outdoor campaigns and none more so than their Christmas creative’s. We all know Christmas is just around the corner when we see the Coca-Cola Santa Claus. This 96 sheet below from Hollywood, California really makes a glass of cola seem so refreshing at Christmas. Unfortunately blue skies are few and far between in the U.K over the festive season. 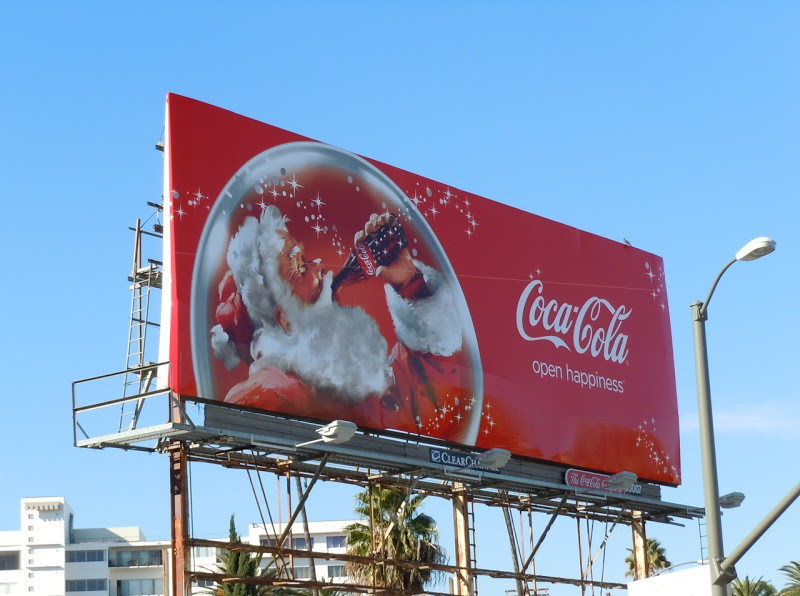 Finally is a billboard that divided opinion but will have certainly hit its main audience in Liverpool. Following the retirement of rival Manchester United boss Sir Alex Ferguson and the passing of former Prime Minister, Baroness Thatcher, Paddy Power saw an opportunity to promote an offer for Liverpool to win the English Premier League for the coming season. Using a 96 sheet and a daring creative design of a genies lamp, the message was pretty clear for the people of Liverpool. 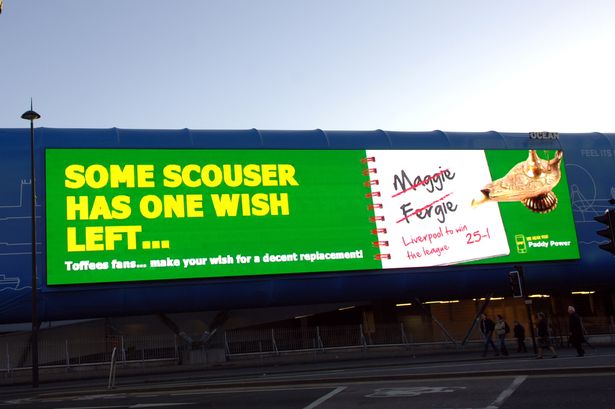 So there you have it guys. Ten billboards from around the world that we think really do the job. You will notice that the creative is simple and to the point with a clear message throughout. Keep this in mind when thinking about what you wish to achieve from your next billboard campaign.